2 in 1: Judy Millar and Alberto Garcia-Alvarez

In 1972 Alberto Garcia-Alvarez arrived in Auckland from California having been invited here to lecture at the University of Auckland’s Elam School of Fine Arts. Alberto went on to become a Senior Lecturer at Elam, setting up the Masters Programme before retiring from the position in 1995.

During his tenure at Auckland University Alberto was a highly influential teacher. He was sought out by students who were drawn to both his knowledge of international contemporary painting and his deeply curious and inquiring personality.

Judy Millar and Stephen Bambury were two students who found a kinship with Alberto’s relentlessly questioning mind. Both came to regard him as a crucial figure in their own independent artistic developments.

This exhibition featuring the work of Alberto Garcia-Alvarez and Judy Millar has been curated by Stephen Bambury. It is exciting to be able to bring the three together in a public dialogue for the first time.

The exhibition will focus on two distinct periods of Garcia-Alvarez’ and Millar’s work. Paintings produced by Garcia-Alvarez during his time in California in the late 1960s have been selected by Bambury to sit alongside paintings painted during the last few years in his Auckland studio. Millar will exhibit work from 1981 when she was a student at Elam together with a number of recent paintings.

The exhibition will run at the same time across both galleries – Gow Langsford Gallery, Kitchener St, Central Auckland and Tim Melville Gallery, Winchester St, Newton - between 4 August and 25 August 2020.

A catalogue will accompany the exhibition containing previously unpublished writings by both Garcia-Alvarez and Millar.

Gow Langsford Gallery would like to acknowledge the support of Stephen Bambury in curating and realising this exhibition.

N.B. This exhibition has been extended for a further week due to the Level 3 lockdown in Auckland, closing on Saturday 5 September. 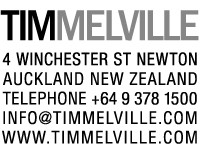 "Enquire about this artwork"
has been added to your wish list!